Bryson DeChambeau What's In The Bag? 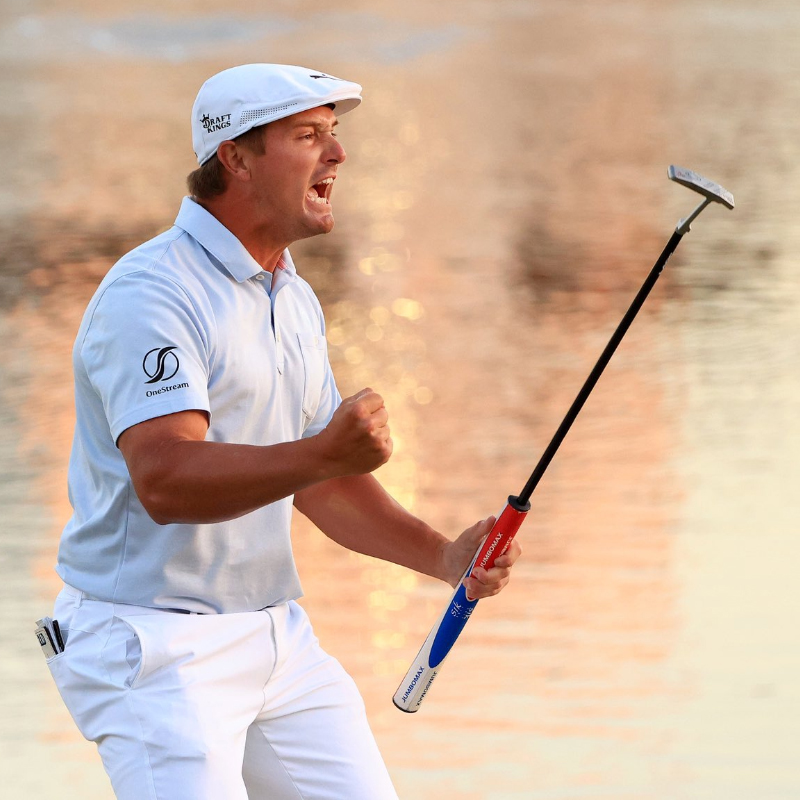 We take a look at what the Arnold Palmer Invitational winner has in his bag.

DeChambeau is a keen Scientist and has very unusual methods when it comes to his golf game. One of the main pioneers behind one length irons and has revolutionised the meaning of distance in golf.

Bryson is a Puma/Cobra ambassador and as of late has been seen playing a Cobra LTD Pro Driver which has only 7.5 degrees of loft. His longest drive at the API (Arnold Palmer Invitational) was the best part of 370 yards, which was one of the longest drives since the early 2000’s.

He then carries a Cobra King Prototype B 2-Wood and a Speedzone Tour 5-wood which have 10.5 and 13.5 degrees of loft respectively. For many golfers, this is like having a second driver in the bag and a 3-wood. This once again highlights Bryson’s emphasis on distance.

Being one of the one length pioneers it wouldn’t seem right if he didn’t play them. His irons start with a couple of Cobra King One Length Utility Irons before moving into the Cobra King Forged One Length irons which start at six-iron down to pitching wedge. Once again Bryson is utilizing his distance by using utility irons but has opted for a more feel based iron as the lofts increase. All of his irons are a seven iron length to ensure his swing plane stays the same for all iron shots which aids his consistency. Every club is fitted with the extremely thick JumboMax grips, which are the largest available in the golf industry.

During Bryson’s evolution period in which he gained a large amount of weight, he also worked on his putting. From being statistically one of the worst on tour, to now one of the best. This is no doubt due to his newfound technique and putter style. Over the most successful period of his career, he has been using a mallet and blade style SIK putter but more recently opted for the blade.