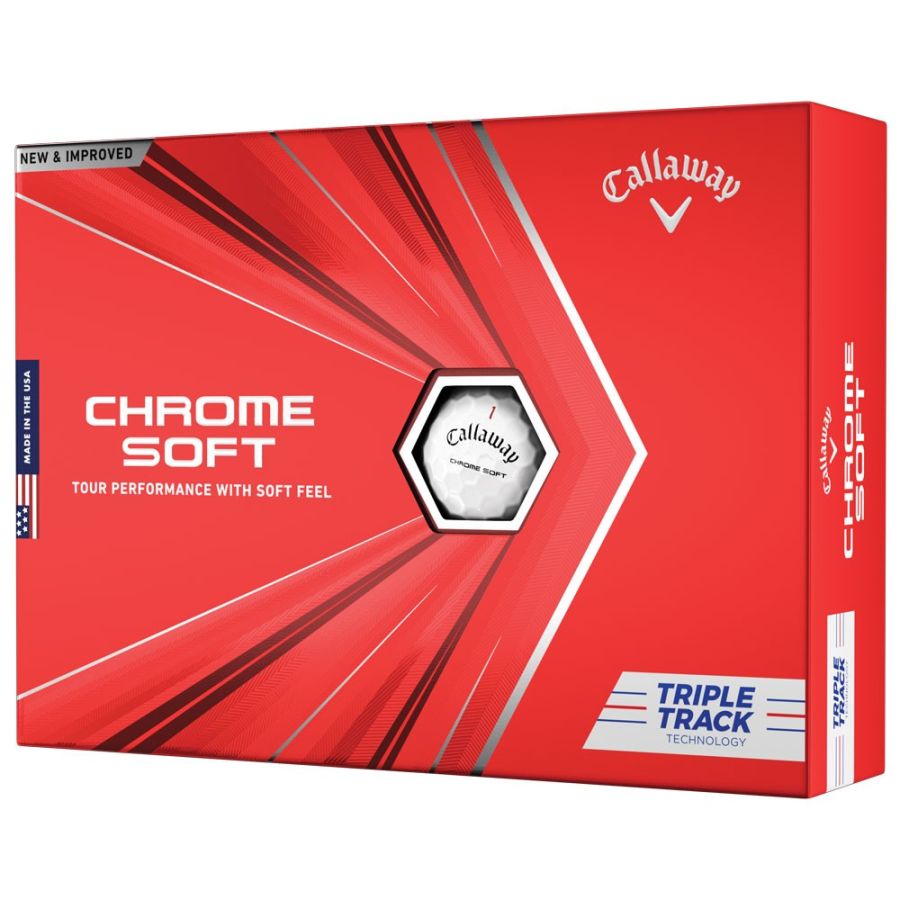 So how do these 3 lines work? Triple Track Technology uses Vernier Acuity Precision, this is the same technology used in the Aviation Industry to land planes on aircraft carriers. Basically, it is technology that improves alignment compared to a regular side stamp alignment aid, designed to greatly improve putting accuracy. This innovative technology is so key to putting performance that at 5 feet from the hole, studies showed Triple Track to be 11% more accurate than a standard singular alignment line, which then increased to 12% from 10 feet away. Simply this results in more holed putts for lower scores.

At the centre, the new larger graphene infused core is significantly increased in volume for even faster ball speeds than before. The inner core delivers the high launch and super low long game spin synonymous with Chrome Soft, while the graphene outer core enforces the balls durability as well as increasing short game spin.

Chrome Soft 20 also now sees a complexed high-speed mantle system in place to elevate the ball's performance above all else. This new layer sits around the Dual SoftFast Core to sustain the power and velocity generated by the engine much more effectively in the long game while its stiff structure also translates into increased spin in the short game sector.

The cover of Chrome Soft 20 is another game-changer. This new thinner more resilient urethane layer promotes increased ball speeds for much higher rates of spin with your wedges, allowing you to attack the flag from even the tightest of angles and lies.

To give Chrome Soft 20's performance even more of an edge, an optimised Aero Design reduces drag for increased overall distance and high flying, powerful trajectories that can cut through the strongest of winds much more effectively.

Chrome Soft or Chrome Soft X? Chrome Soft is the ball for you if you want increased distance, high straight trajectories, incredibly soft feel, unmatched short game control and optimised aerodynamics. If its a lower more piercing flight, firmer feel and workable trajectories then give Chrome Soft X a try.