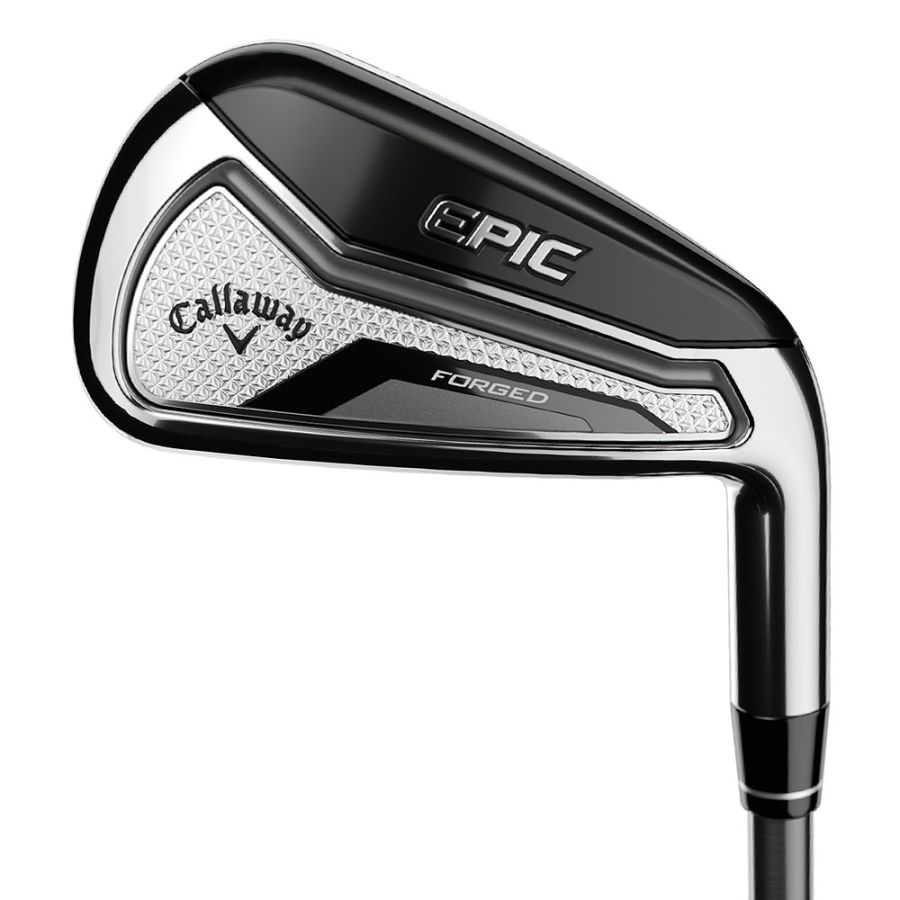 Looking for the ultimate in game improvement? Look no further than Callaway's Epic Forged Irons. Developed through precision engineering and scrupulous craftsmanship. Callaway's engineers have spent countless hours perfecting every surface and detail, from the elegant platinum chrome finish to the precise draft angles on the clubhead, even down to the precision fit of the multi-material body.

Epic Forged delivers incredibly pure feel from a forged 1025 carbon steel. The turf interaction and sound at impact are exceptional, and for the first time, they have engineered their dynamic Suspended Tungsten Core into a forged iron. The Suspended Tungsten Core consists of a custom tungsten weight which allows Callaway to precisely position the centre of gravity for controlled launch. This weight is enveloped in a TPU over-mould and then suspended by Callaway's patented urethane microspheres. Callaway has engineered their urethane microspheres to comprehensively absorb unwanted vibration without slowing the face. This, in turn, allows for an astonishingly thin and fast 360 Face Cup. Together, these components promote a sublimely satisfying feel at impact, with eye-popping distance. It's an incredible performance combination and a striking achievement in golf club design and engineering. To provide spin and control in the mid and long irons, Callaway has implemented a new VFT pattern to promote consistent spin rates and ball speed. In the short irons, they have resistance welded a MIM'ed tungsten weight higher in the body to control trajectory and allow for aggressive shot-making. Epic Forged also features an ultra-premium components package to match the look and exceptional performance. With stock Aerotech Steelfiber FC and Mitsubishi Tensei AV Silver shaft options to optimize feel and control, and Golf Pride Tour Velvet Align Silver Grips, Epic Forged represents Callaway's very best in technology and design.

Ultra-Premium Forged Design For Pure Sound & Feel
A stunningly beautiful design, from the Platinum Chrome finish to the precise shaping. Every surface and detail was carefully considered and developed through precision engineering and meticulous craftsmanship.