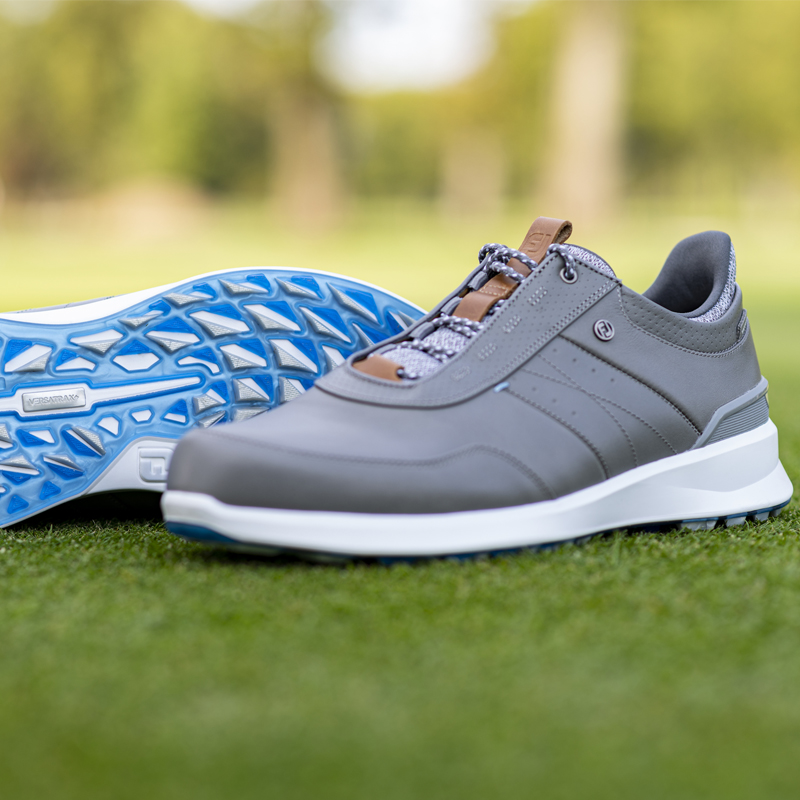 One of the most popular shoes FootJoy produce is the Pro SL and Pro SL Carbon. If the Pro SL was a brand on its own then it would have been number two in terms of market share… behind, you guessed it FootJoy.

One of the obvious differences between the two shoes is the extra perimeter stability on the standard Pro SL. You can instantly feel it when you swing, but also see it thanks to the Infinity outsole which is more noticeable in the heel area. This does not deter from aesthetics and in fact, remains one of the best-looking shoes on the market.

The Carbon is more rigid in all areas, which is ideal for golfers with a lot of lower body movements and need that extra stability. It ensures extra comfort thanks to the additional padding around the ankle. Surprisingly, the extra padding was not added to the standard version, which does lack comfort around that area.

To conclude, the Carbon is everything that the standard version is… but better. More comfortable, offers better grip and has improved stability.

The FootJoy Traditions spiked golf shoes are traditionally styled, lightweight shoe. It has a super-cushioned foam footbed to cushion each step and keep you supported throughout your round. Further padding is included around the ankle to prevent your foot from slipping and offers extra stability.

It has an iconic look. Starting with the full-grain leather upper with a classy leather saddle which sets the shoes apart from anything else on the market. I feel the shoe appears as though it’s a hybrid between a trainer and a brogue styled shoe.

On the bottom of the shoe, there are 7 replaceable spikes for maximum traction on all types of surfaces. FootJoy uses the Fast Twist 3.0 insert system so all Fast Twist cleats will fit this shoe.

It’s fair to say that FootJoy golf shoes have been traditionally favoured by older golfers, but over the years some of the new designs have suggested that FootJoy are moving away from this stigma. One big, successful example of this is the HyperFlex shoe.

The HyperFlex is a modern-day trainer with all the latest technology crammed inside. The first key piece of new technology is the StratoFoam Cushioning System, which was first introduced in the FJ Stratos (see below). This is a foam blend that is designed to provide support and comfort, no matter the conditions.

The new midsole is designed for shock absorption with the potential for more energy return, leaving you fresher towards the end of your round. In addition, the all-new OptiFlex sole features dual flex grooves, which are designed to flex to eradicate the feeling of spikes on your feet.

The most eye-catching feature of the new HyperFlex design is the Wrapid Fit System, which is powered by BOA. The BOA fit eliminates the need for laces and has its own unique dial system to tighten the shoe onto the foot.

Unlike the HyperFlex, the FootJoy Stratos is a very classically styled trainer. A trainer that can be worn anywhere thanks to the updated Verstrax sole. The Stratos has a simplistic, classy design. The leather upper looks and feels high end and the monochromatic motif keeps the focus on details like the stitching.

The new Versatrax sole has a very aggressive appearance which features soft and hard cleats to gain traction on all surfaces. In terms of stability, the Stratos has a great blend of minimalism and structure to help keep your feet in position whilst being supported.