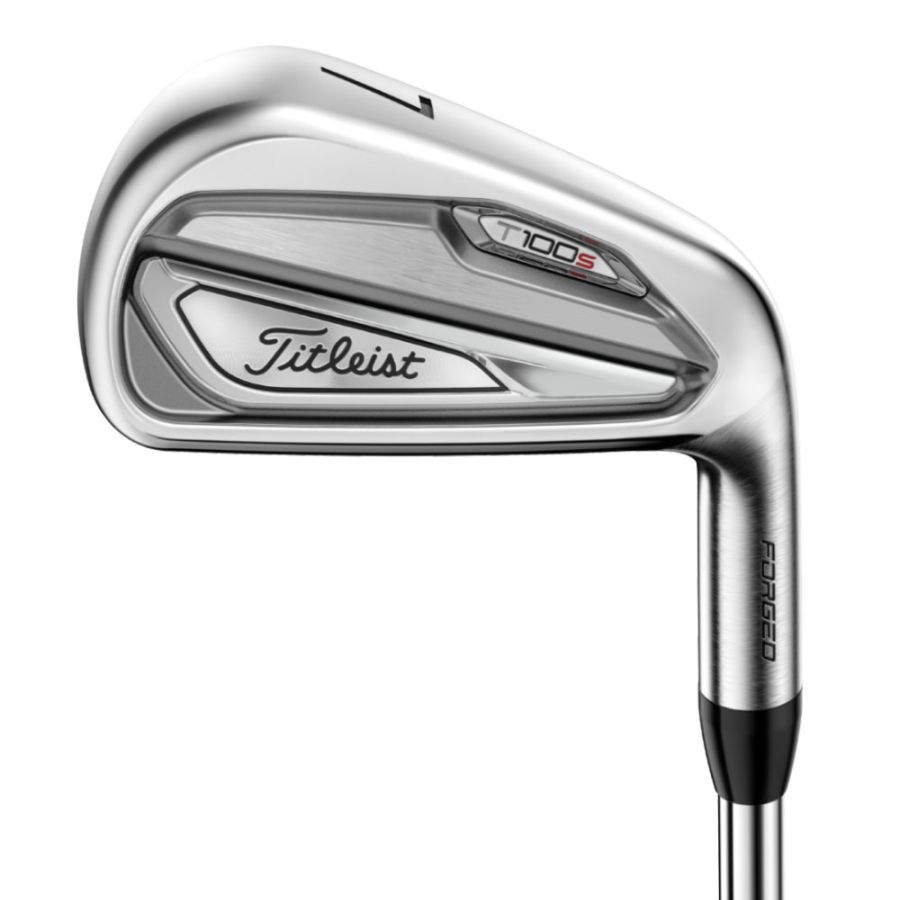 The fully-forged construction of T100•S, with 2° of stronger loft than the T100 Irons, creates a solid, consistently controllable club that delivers the exact performance, and greater distance, better players demand. Designed to give better players the distance they need to score lower.
The design aspiration for the Titleist T100 iron was straightforward enough; get feedback from the best players in the world – professionals like Jordan Spieth – and use it to craft the ultimate tour iron.
With the T100, the design evolution has pushed the iron more towards the better player. Comparatively the new T100 iron is appreciably more compact than its forerunner - the AP2. The blade length is shorter, the topline is thinner, and there’s less offset. The heads get progressively smaller as the clubs get shorter. The compact scoring clubs provide a more continuous transition to Titleist's Vokey wedges with a stamping of the loft number on all of its T-series pitching wedges. As with the AP2, the T100 is a forged iron. It features a SUP-10 (Japanese Spring Steel) face for enhanced ball speed without sacrificing launch conditions. The 3 iron through to 7 iron feature an average of 66-grams of high-density tungsten split between the toe and heel to push mass lower in the head and improve stability.
Stock shaft offering is the PROJECT X LZ. The stock grip is the Golf Pride Tour Velvet 360°.
"Our design philosophy for irons is always to try and stretch out the long and mid-iron end of the set because most players don’t have a ton of their disposal – at some point your gaps are going to start shrinking at the long iron end of the set, so we’re always trying to pull that out to make the set more usable for the largest cross-section of users. So, in the long and mid irons, especially in the mid, our players are seeing a little bit more ball speed and a touch less spin which helps gap them out.” – Marni Ines, Director of Iron Development, Titleist Golf Club R&D.