Max Homa What's In The Bag? 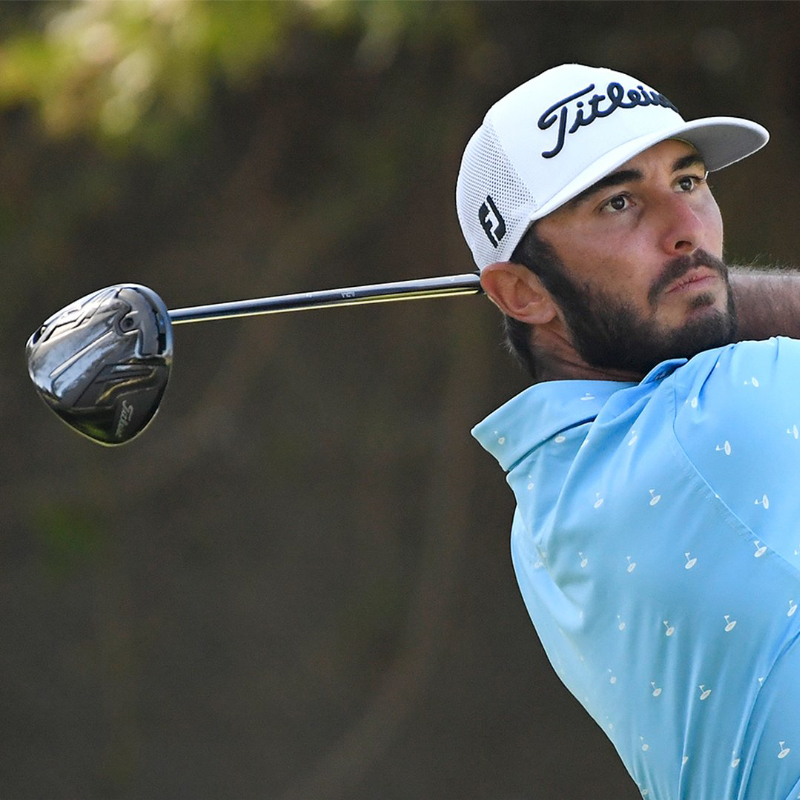 Sunday 21st February Max Homa claimed victory in his home town to claim The Genesis Invitational Crown. Homa is a Titleist brand ambassador so as expected is kitted head to toe with their equipment.

At the top of the bag, Homa uses a 9 degree TSi3 driver. This may be to many peoples surprise as typically the TSi3 is more forgiving of the two drivers with a higher CG and creating more spin. This just goes to show any of you club golfers that selecting a driver just because its allegedly for the ‘better player’ doesn’t necessarily it will perform better as proven by Max Homa.

Max uses a TS3 fairway wood in 15 degrees as well as a TSi2 in 21 degrees. It is notable that the lower the loft, the more forgiveness Homa is needing. It is very important that you don’t let your ego get in the way when selecting your clubs, if you feel you need that extra help don’t be afraid to put that into your bag!

Contrary to what is said above about forgiveness, Homa blows that out the water as he equips the Titleist 620 MB Irons. They are a devastatingly small profile with zero offset and little to no forgiveness. Some would say, why? Well, the offer control and workability like no other and the feedback on strike is next level to help these guys make micro improvements to be the best.

Homa has 4 Vokey wedges, most noticeably like other tour players he has opted to swap his pitching wedge in his irons with a Vokey wedge too. He is using the brand new Spin Milled SM8 wedges in 46, 50, 56 and 60 degrees of loft.

Last and most certainly not least is the putter. Max’s winning putter at the Genesis Invitational was the Scotty Cameron Phantom X 11.5. Scotty Cameron putters are notoriously loved worldwide and on tour, this doesn’t change either. Tiger most famously using his Scotty putter throughout most of his career did aid the prestigiousness of them. Joe Greiner, Homa’s caddy carried his clubs in a Titleist Jet Black Leather Tour Staff bag with red accents.

So there it is, that rounds off Max Homa’s tournament winning bag but one thing to note for many of you aspiring golfers is that these professionals often change which clubs they use from tournament to tournament depending on the conditions of the course being played.