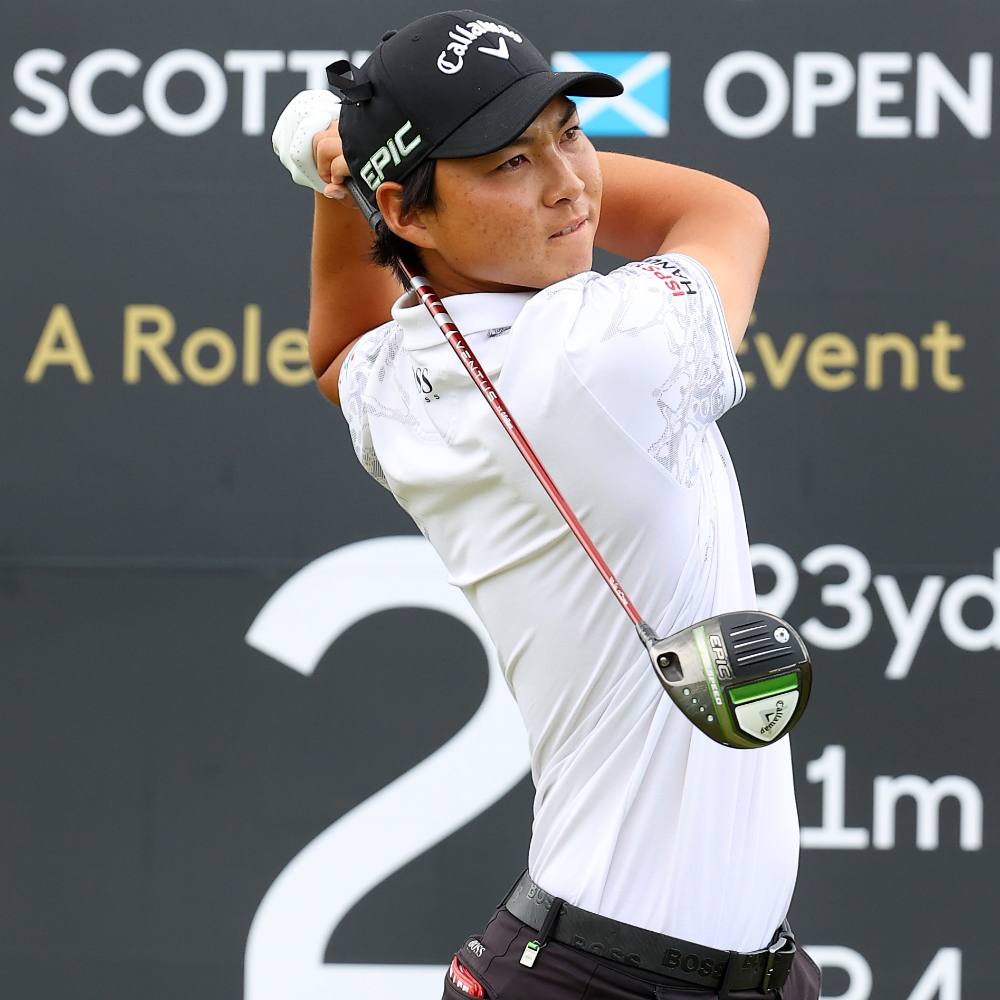 Min Woo Lee came out on top in dramatic fashion as he beat off Matthew Fitzpatrick and Thomas Detry in a three-man playoff to claim a second European tour win at the Scottish Open.

The 22-year-old Australian golfer who’s win earned himself a spot at The Open this week and came off the back of a stellar driving performance. Lee had put a new driver into play this week, the Epic Speed driver with Fujikura Ventus shaft, which is highly popular on tour around the world.

Lee’s impressive driving was best highlighted on the 18th hole in regulation and in the playoff in which he used distance to his advantage. He eventually managed to birdie the hole to see off the competition and claim another European Tour title.

Min Woo is one of many players on tour using the Callaway TCB (Tour Cavity Back) irons. The irons used by Jon Rahm to win the US Open at Torrey Pines, the model offers a blend of forgiveness and control in a players iron aesthetic.

Lee is well known for his long hitting and pure ball striking however it was with the putter where he excelled his game. He has been a frequent changer of putters over his short professional career so far, but he settled for the Odyssey White Hot OG #1 over the weekend.

“I was confident in the way I was swinging it and putting it. Changed putter two weeks ago, and then I changed my driver this week. I had a lot of changes but everything was kind of leading up really nicely to this event, so I'm over the moon.” – Min Woo Lee.

Lee has been a Callaway player since he turned professional and has consistently used the company’s Chrome Soft line of golf balls on the biggest of stages. Also used by the two most recent major champions in Jon Rahm and Phil Mickelson.

Like many of the Callaway professionals Lee has opted for the JAWS MD5 wedges in 52°, 54° & 60° with a Nippon Pro Modus3 120 X shafts. Everyone knows that a players wedge game is the tell to whether or not they can be successful and Min Woo Lee demonstrated this tenfold on the Scottish Open.