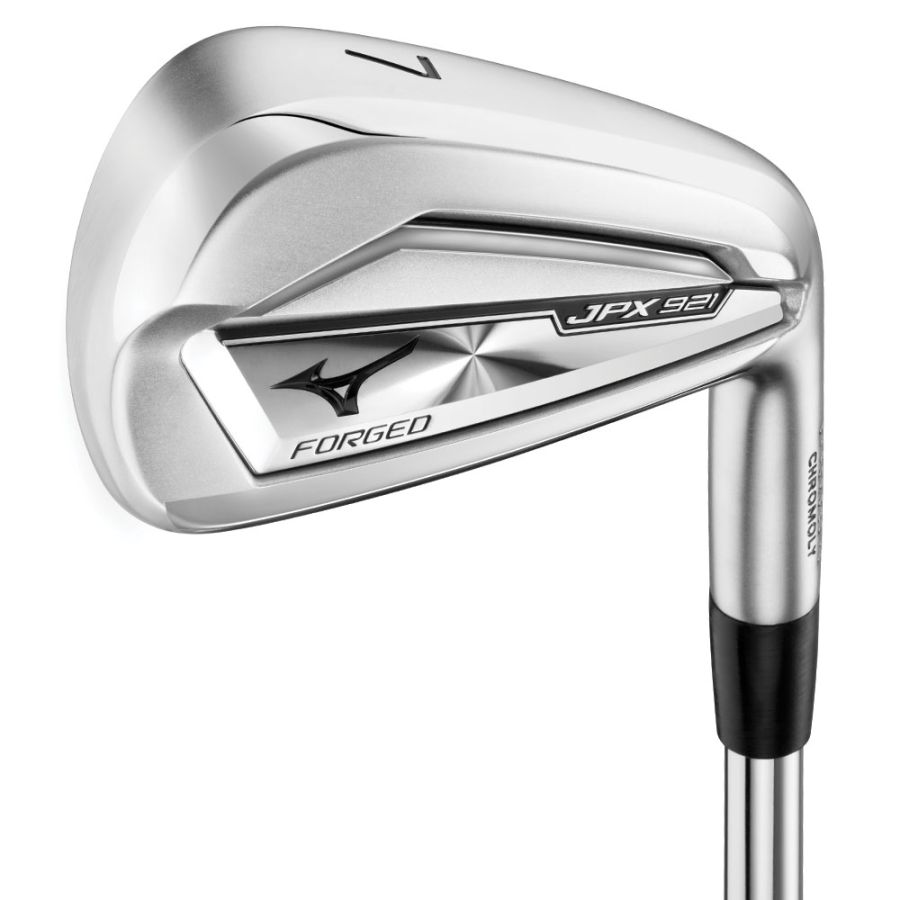 Mizuno's JPX921 irons are built for results. Practical tools engineered with one intention - to improve your on-course performance. Whether you need the explosive ball speeds of Hot Metal and Hot Metal Pro, the precision of their Tour model or the ultimate balance of the new Forged with Chromoly – the JPX921 series has you covered.

The JPX921 Forged iron integrates the power of Chromoly into a full-body Forged iron for the very first time. Initially applied in Mizuno's Hot Metal irons - Chromoly has made the cross over to a Mizuno's forgings with staggering results. The fastest ball speeds Mizuno has ever produced from a fully Forged iron - a treat for both the senses and the scorecard. Grain Flow Forged in Hiroshima Japan.

"The JPX921 Forged is everything you could want from an iron - stable, incredibly fast from the face, coupled with that incredibly soft Mizuno Forged feel. I like how the slightly reduced offset and bevelled trailing edge give a sleeker, faster look to the head."

FASTER. FORGED. FIRST:  Chromoly 4120 allows a clubface up to 0.5mm thinner for the fastest peak and average ball speeds from a full-body Forged iron.

CNC Back Milled: A 6.4% wider back milled slot increases stability from off-centre strikes – from a smaller clubhead.