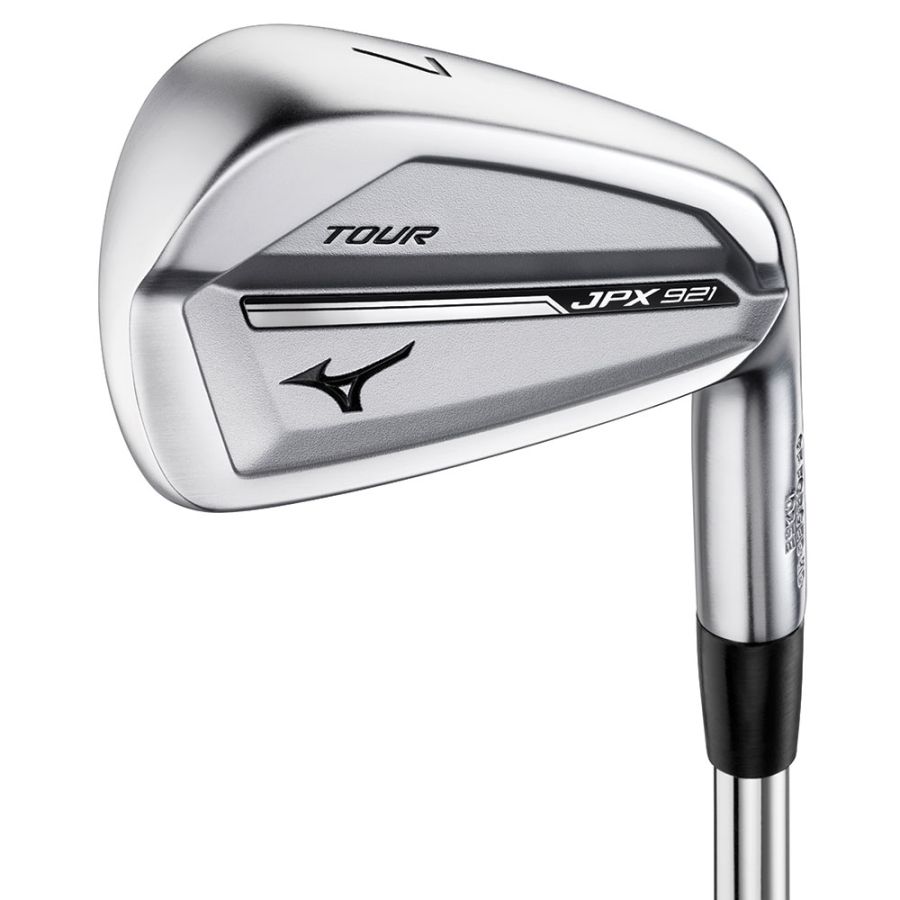 Mizuno's JPX921 irons are built for results. Practical tools engineered with one intention - to improve your on-course performance. Whether you need the explosive ball speeds of Hot Metal and Hot Metal Pro, the precision of their Tour model or the ultimate balance of their new Forged with Chromoly – the JPX921 series has you covered.

Consistently Mizuno's most chosen model on the Tour among non-contracted professionals - the JPX900 Tour and JPX919 Tour were both played to win major championships. The stunning new JPX921 Tour maintains its predecessor's surprising fusion of precision with stability from off-centre strikes. Now even thicker behind impact for an enhanced, softer feel, with tour refined short irons for smoother turf interaction. Grain Flow Forged in Hiroshima Japan.

"The longer-term Mizuno professionals tend to play our MP irons - but younger players coming from other brands seem to prefer the stripped-back functionality of the JPX Tour. There's a sharper look and straighter flight that lends itself to the way they interpret the game."

Harmonic Impact:  Feel impact for a fraction longer thanks to the thicker cavity pad – evolved from Mizuno’s study of vibration patterns.