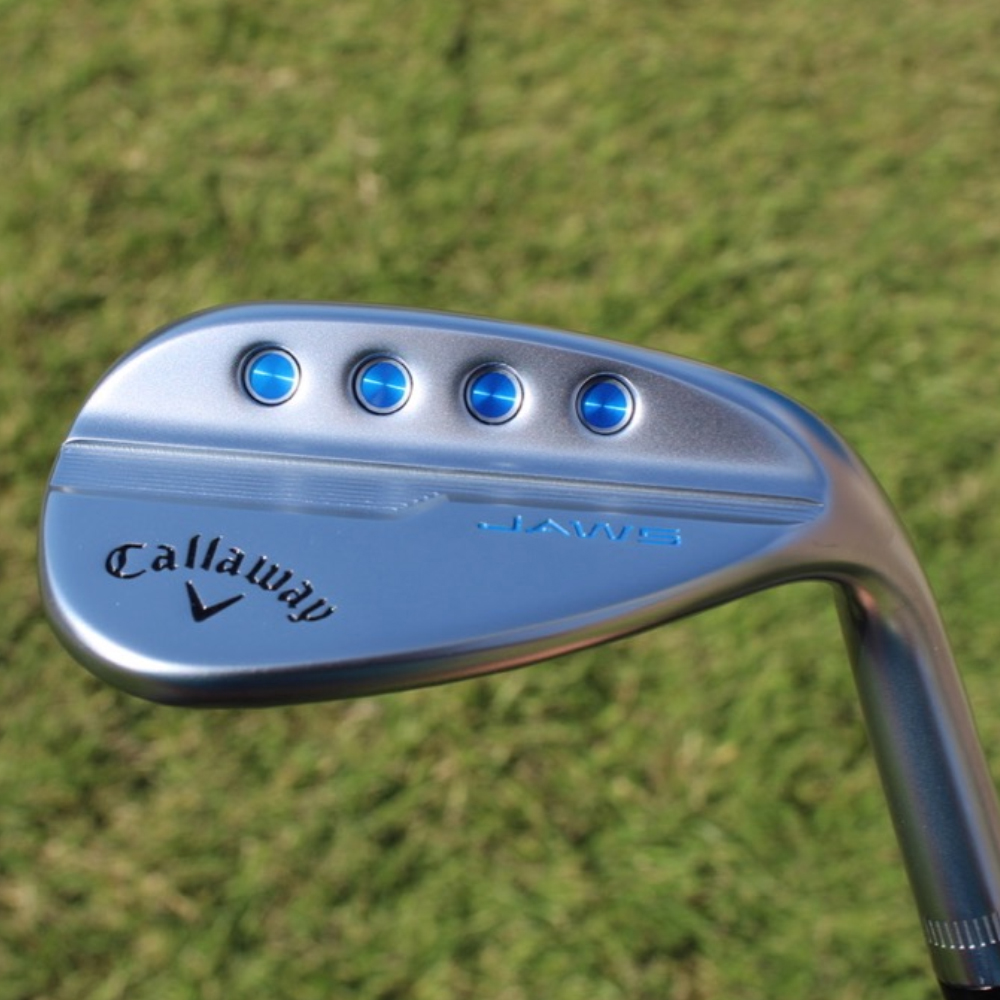 A brand new Callaway wedge has been spotted on tour in the bags of some of Callaway’s staff players. Callaway’s most recent iteration of the Mack Daddy line was in 2019 with Jaws MD5 wedges.

Jumping the gun, however, we can only assume that the next range of wedges and ones currently seen on tour will be the MD6. The official word from Callaway is “This is a prototype wedge. We’re constantly testing prototype products with our staff pros out on tour.” Clearly not giving much away, however they didn’t say it isn’t the new line of MD6 wedges.

The wedge spotted is a whole new design with a new channel cutaway at the back of the wedge which is presumably to optimize weight placement to enhance launch and give maximum forgiveness.

Callaway had heavily focused on enhancing the grooves on the MD5’s, which helped increase the launch and spin compared to its predecessor the MD4. Callaway had marketed the clubs as “the most aggressive in golf”. If Callaway are sticking with the same approach then we can make a strong guess that the groove technology will be massively improved compared to the MD5’s.

Callaway are to release more information later in the year, but for now, keep a close eye on tour to see if any changes or new equipment enters their bag.