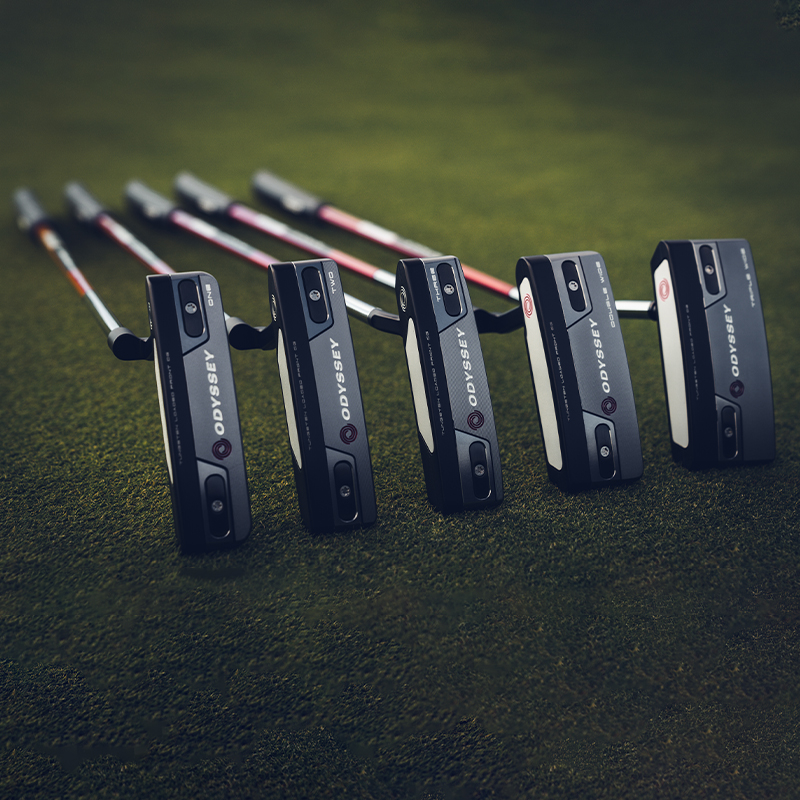 At Odyssey, they focus on original designs that redefine performance. That’s the standard they operate by, and when they introduce a brand-new family, it must be the absolute best in its class. Or in the case of the new Tri-Hot 5K, it needs to be in a class all by itself.

Odyssey developed Tri-Hot 5K with an audacious goal, to introduce a new blade putter construction that outperforms a mallet, in a classic shape that the best players on TOUR love. They’ve moved the CG positioning forward and leveraged new materials in ways that have never been realized in a putter. Stainless steel, tungsten, and 6061 aircraft grade aluminum have all been meticulously crafted to re-invent what a blade can accomplish.

Using massive amounts of tungsten, they’ve developed an inertia level exceeding 5000 IZZ for incredible forgiveness that’s unmatched in the blade category, all while moving the CG closer to the face. This spectacular combination promotes improved performance in speed control, spin control, speed consistency on off center hits and a much tighter downrange dispersion that limits off-target spin. It’s the best performing blade they’ve ever made by far, and when you’re the #1 Putter in Golf and the #1 Putter on Tour, that’s a special achievement.