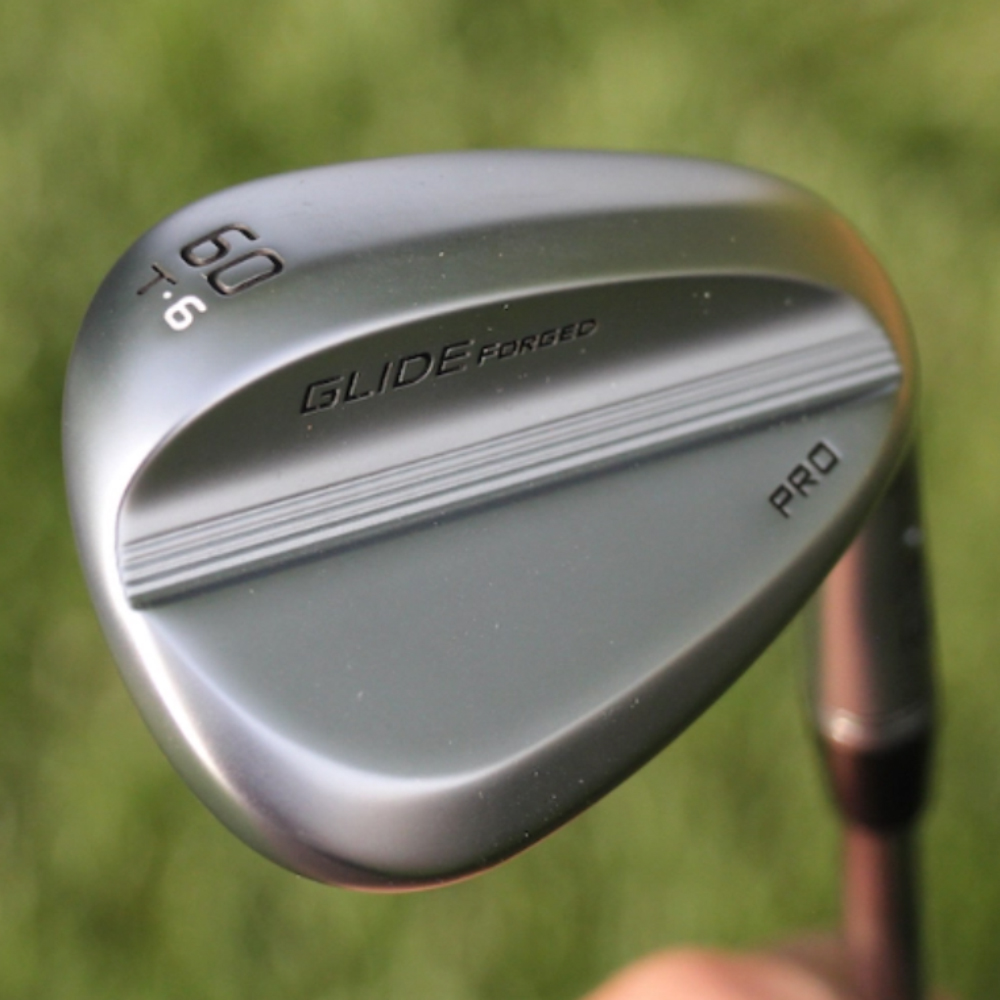 Could 2021 see the launch of a brand-new forged wedge? After much speculation and research, we can make a strong assumption that Ping will be releasing a new wedge.

Earlier this year Ping Staff players Bubba Watson and Andy Sullivan were spotted using Glide Forged Pro wedges. Now, this was a very rare sighting and the wedge is still in the prototype stage so we cannot expect any information on the wedge. However, historically Ping has released wedges in September so it could see the launch of the new prototype wedges.

From images alone what we can tell is that the upper part of the blade is thicker than previous models and the topline has been beveled. This is an important switch and one that many manufacturers have opted for to be able to shift the center of gravity higher up the face, making it far more forgiving and increasing the sweet spot.

Ping are known for producing high-level, performance wedges that create a great deal of spin, mainly due to their hydrophobic finish which repels water and increases friction. If Ping can even slightly improve their wedges then they have a hole-in-one level good wedge on our hands.