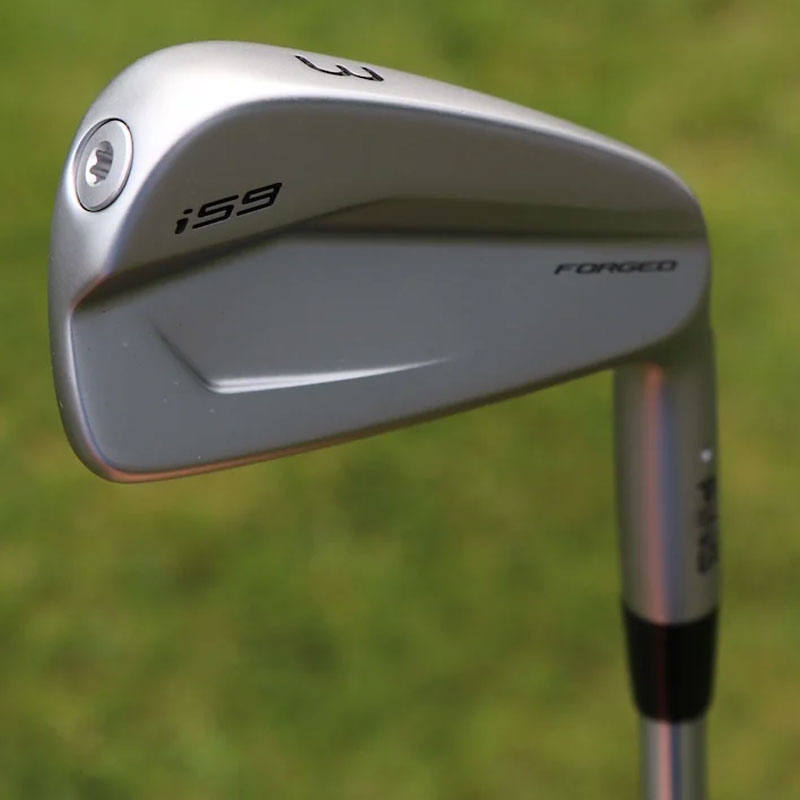 The Ping i59 irons were first spotted at the Wells Fargo Championship in the bag of Victor Hovland. Like the introduction of most new irons, the excitement builds. What are they like? How do they feel? What price point are they going to be? Are some of the most asked questions and we are going to investigate what the new Ping i59’s is all about.

Ping are yet to release any information on the brand new irons, however, from the sneaky shots we can make out just enough to discuss them…

The name gives a lot away, as traditionally the ‘i’ irons are manufactured for the “better players” with the added forgiveness. The i59’s look fairly compact with a medium to thin sole width which is great for shot-shaping ability.

Based on the head geometry combined with the toe screw and at first look they appear to be a hollow head. Hollow irons are new for Ping, but a player's centric hollow iron is, which could be the reason Ping has opted for a quirky number pairing for the name.