Sam Burns | What's In The Bag? 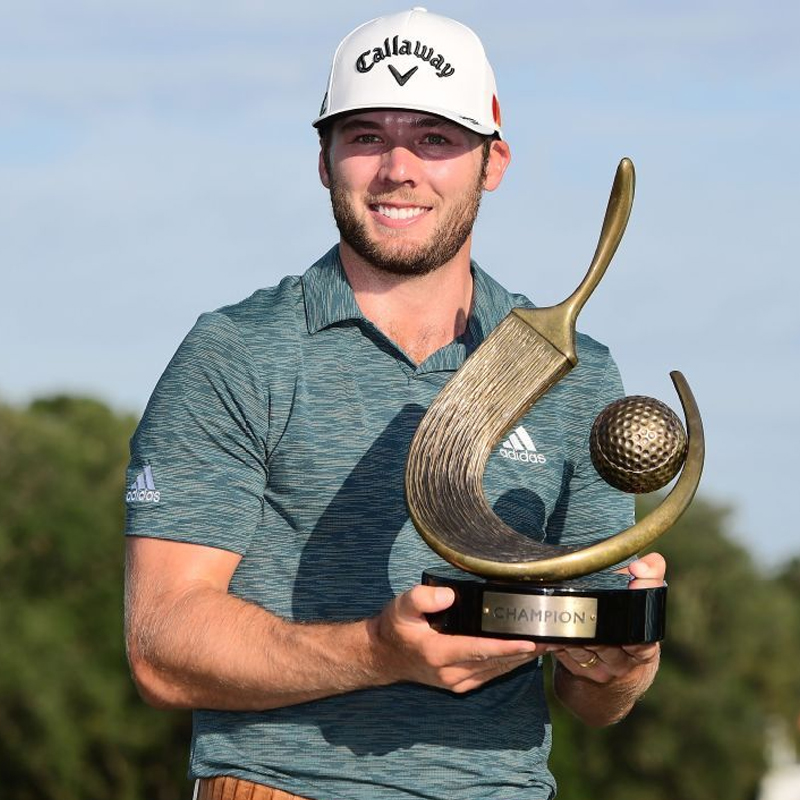 After the third round of the Valspar Championship, co-leader Sam Burns was asked what he learned from his failure to see off a 54-hole lead at the Genesis Invitational in February- which was the second time he had held a lead or co-lead after three rounds.

To which he replied “I wouldn’t really say it was a failure” said burns, who eventually ended that unfortunate streak by winning the Valspar Invitational on Sunday.

Burns had rounds of 67-63-69 and a three-bogey 68. He was in battle with Keegan Bradley before an 8-foot par-saving putt on the 13th put him two in front after Bradley found the water.

Sam Burns ranked 5th in strokes gained tee to green with his Callaway Mavrik driver and Callaway TCB irons. But, the standout feature of his game was his putting. His Odyssey O-Works Black #7S putter was on fire, not registering a three-putt all week.

What did Sam Burns have in the Bag at the 2021 Valspar Championship?