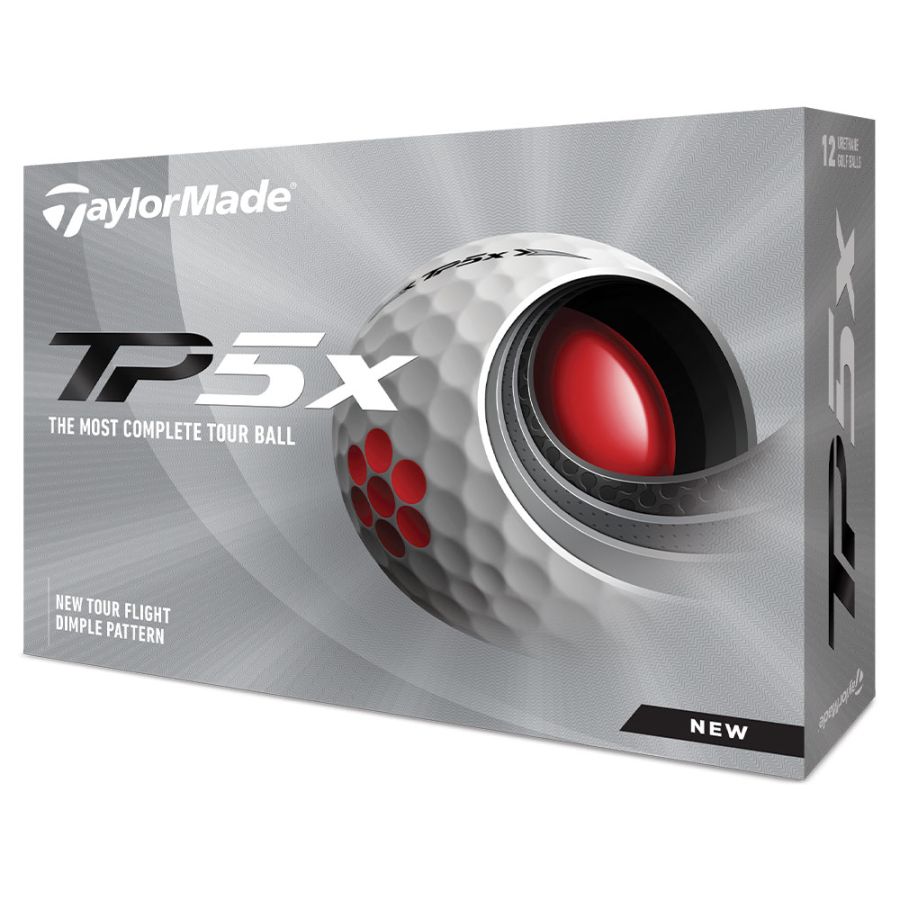 There’s a reason TP5x is the most complete Tour Ball in Golf because it’s built like no other. As the only 5-layer Tour ball, it delivers unmatched performance off the tee, from the fairway and around the green. On any shot the golf course throws at you, there’s one ball that’s better for all.

TP5x is Taylormade's fastest and longest Tour ball, featuring a 5-layer design with four increasingly stiff layers enclosed in cast urethane. It delivers unmatched performance off the tee and on the approach, without sacrificing feel on the scoring shots.

While maintaining the formula that makes TP5x a leader in speed and distance, Taylormade has added a softer cast urethane cover for increased groove interaction on greenside shots for more spin and improved feel.

The path to distance has evolved with the all-new TP5x. In 2017, a movement began with the optimal spin and launch conditions provided by an all-new 5-layer construction. This meant increased ball speed with the HFM Speed Layer and now Taylormade has added advanced aerodynamics with the new Tour Flight Dimple Pattern. 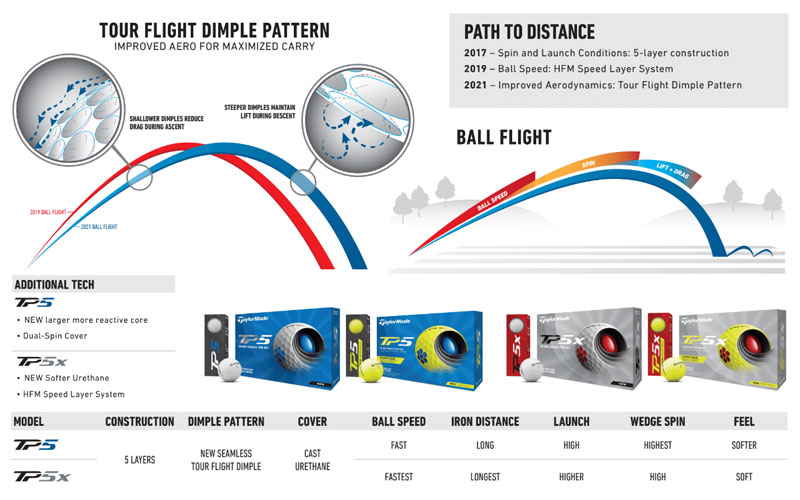