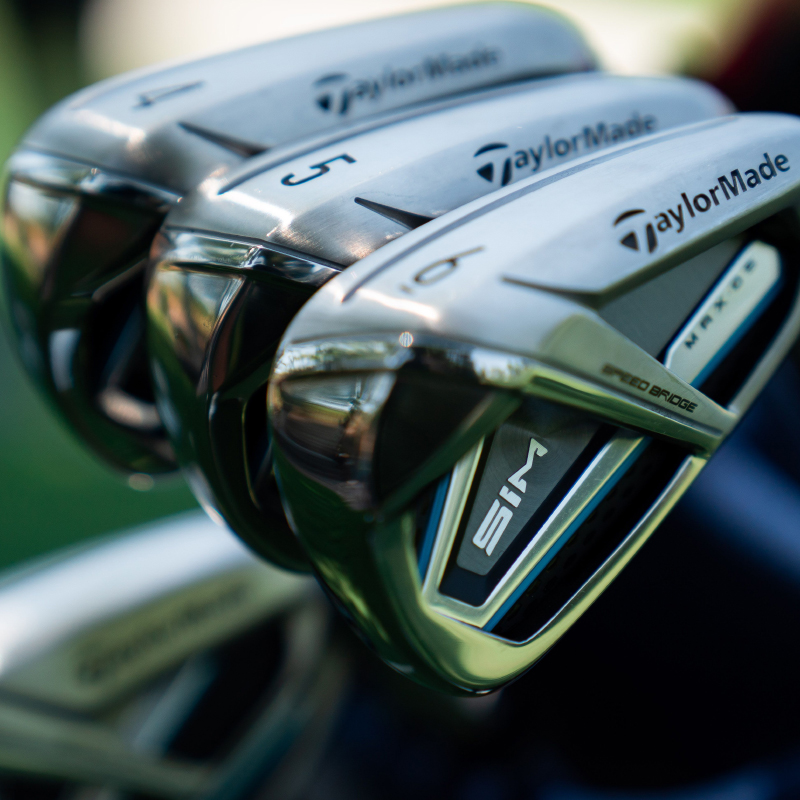 In at number 5 are the Mizuno JPX 921 Hot Metal Irons. Mizuno are highly regarded as one of the best if the best iron brand. The Hot metal irons have a pearl brush finish and feature chrome plating that helps reduce some of the lines visually at address. The Hot metals have a very large top line which inspires confidence behind the ball. Mizuno claims they have delivered their fastest ever ball speeds aligned with straight ball flight and controllable landings.

The heel area of the cavity back has been opened up to help with the acoustics and feel and also to move the weighting of the club towards the toe to improve forgiveness. These irons offer higher ball flight which suits a player new to the game.

In at number 4 we have the Ping G710 Irons. Ping have combined looks and performance brilliantly with the G710’s with their stylish black finish and fast and forgiving face. Ping says that thanks to a stainless steel body and C300 face material the new iron flexes like a metal wood. It means this new model’s longer and more forgiving, and the gains come with better sound too. The black finish makes the clubhead appear visually smaller which appeals to many golfers wanting game improvement irons.

Number 3 on the list is the TaylorMade SIM Over-Sized irons. These are the strongest lofted irons TaylorMade have ever made with the 7 iron measuring in at 27 degrees, which is equivalent to the strongest on the market, the Callaway Rogue X irons.

The SIM range is a very futuristic modern looking style of clubs and may be more suited to a younger player. These irons are designed for distance. Cranking the lofts down to enhance player distances with every club. This club is a SUPER game improver iron and should be used by players lacking confidence behind the ball and seeking more distance with their iron play.

Number two is Callaway’s Mavrik Irons. Much like the Sim irons, the Callaway Mavrik is also built for distance. Callaway has a Tungsten Energy core is placed in the back cavity, which allows the centre of gravity to be shifted into the best position for each iron head to help with the desired launch and ball flight. This is how Callaway have been able to get plenty of launch whilst making their lofts stronger.

Finally, the number one iron for beginner golfers in 2020 is the Cleveland Launcher HB Turbo Irons. These may not be the most eye-pleasing irons on the market, but to play with irons like this you will already like to play with hybrids. The irons use a HiBore Crown that diminishes as the loft increases. The branding is clean with a thick top line but the mix of chrome and matte finish helps that from feeling overwhelming.

The HiBore crown makes these irons the most forgiving on the market and off-centre hits still find good speeds. The low deep weighting makes it extremely easy to it. These irons offer great launch and straight ball flight which is ultimately why these are the number one irons for beginner golfers.