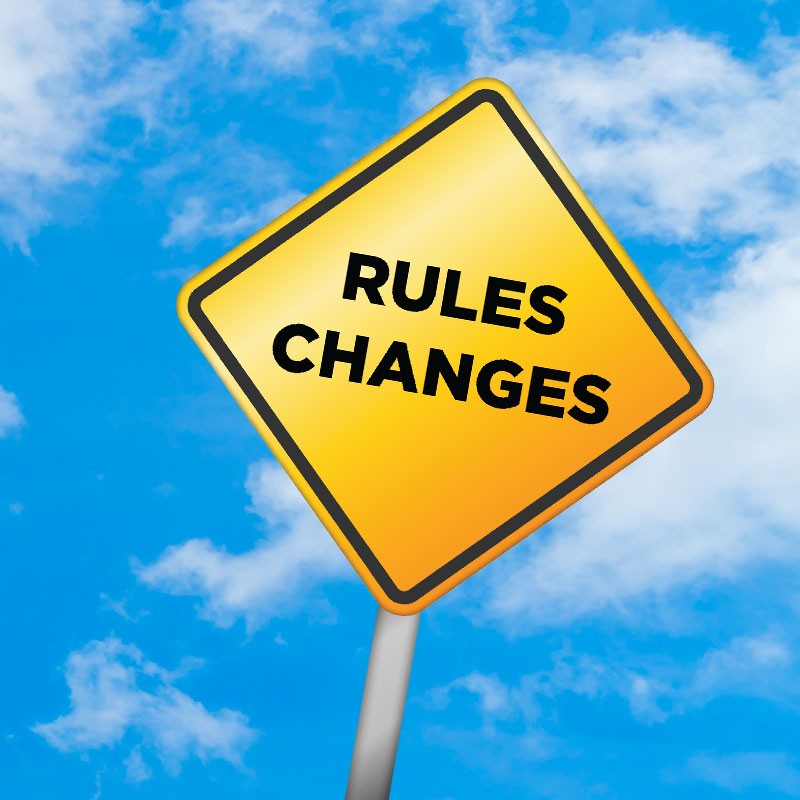 Things are changing in 2019 and it will benefit your game to be aware. The R&A and USGA have announced they will be implementing updated rules as of 1st January 2019 with key changes being made to modernise the game and speed up the pace of play going forward.

We have selected just a few of the changes allowing you to head into 2019 on the front foot.

We are looking in particular at part b. Ball Must Be Dropped in Right Way

You must drop a ball in the right way, which means all three of these things:

- Falls straight down, without you throwing, spinning or rolling it or using any other motion that might affect where your ball will come to rest, and

- Does not touch any part of your body or equipment before it hits the ground.

"Knee height" means the height of your knee when in a standing position.

Simplified - Instead of dropping from shoulder height as was the previous rule, golfers will now drop from knee height. The orginal proposal was that golfers would be allowed to drop from a couple of inches above the ground although this didn't offer enough randomness to the drop. The new rule requiring golfers to drop from knee height offers that randomness while also speeding up play, increasing the chances of the ball staying in the permitted two-club-lengths on the first try.
Rule 13.1 Actions Allowed or Required on Putting Greens
We are looking in particular at part c. Improvements Allowed on Putting Green
During a round, you may take these two actions on the putting green, no matter whether your ball is on or off the putting green:

- By using your hand, foot or other part of your body or a normal ball-mark repair tool, tee, club or similar item of normal equipment, and
- Without unreasonably delaying play.
But if you improve the putting green by taking actions that exceed what is reasonable to restore the putting green to its original condition, you get the general penalty.

Simplified - Repairing damage to greens has always been a questionable rule. You could repair a pitch mark made by the ball, but repairing spike marks was prohibited. With no good reason not to allow the green damage caused by a person or outside influence to be repaired the rule is to change in 2019. Common sence prevails!