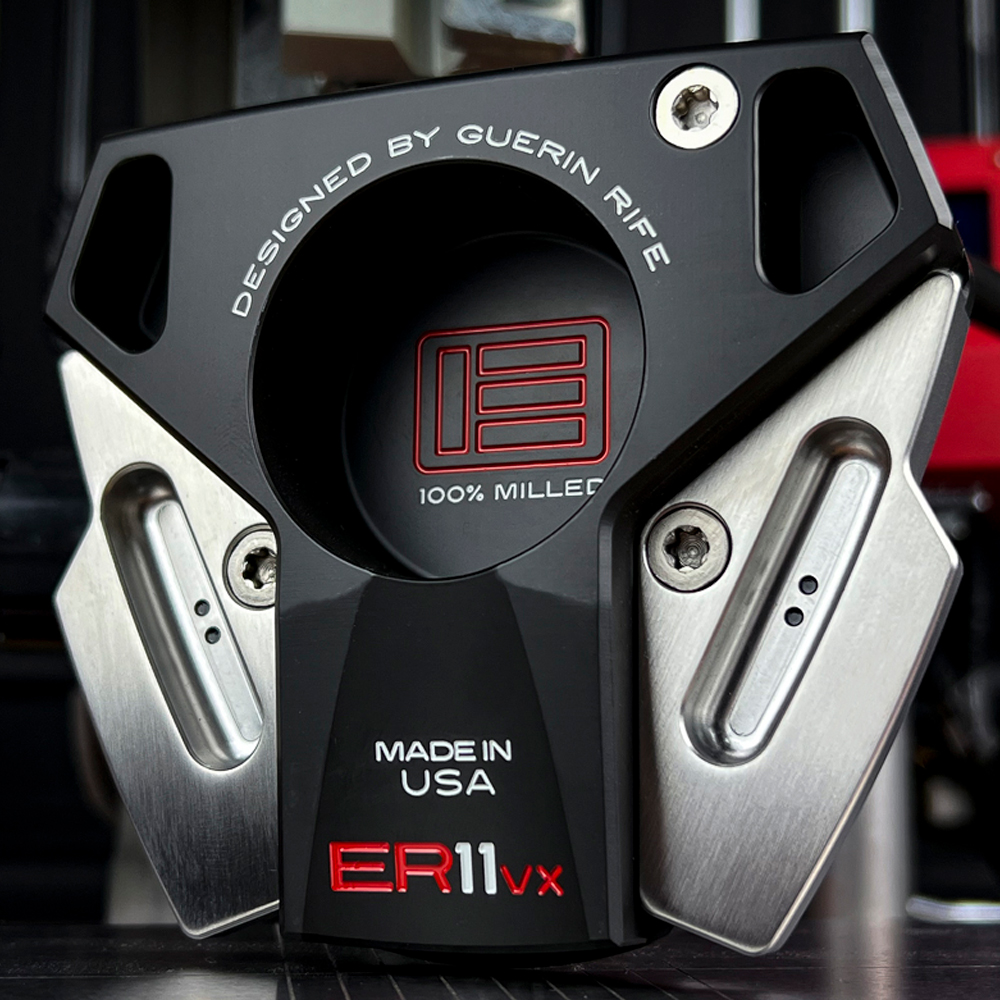 The Evnroll ER11 and Zero are the leading products in 2022.

Evnroll are notoriously known for producing the highest quality of putters and have been famously used in online YouTube sensation, Rick Shiels, who has amassed over 2 million subscribers on the platform.

At the heart of their newest design sits the proprietary parabolic grooves. Its Sweet Face technology is what truly separates Evnroll from its competitors and as ever its performance is of the highest quality.

The ER11 VX is a continuation of the ER11v that was released in early 2021. The blueprint remains similar to other mallet style putters on the market, however the weighting and geometry are more in-line with the popular winged style mallets in the TaylorMade Spider or Odyssey Ten. The ER11 VX features two oversized interchangeable perimeter weights which alter shape when looking at address.

What’s difference between the V and the VX? Good question. The ER11 had a robust MOI while the VX enters a whole new era, an Extreme MOI model. Ideal for the golfer seeking maximum forgiveness and wanting to squeeze all the performance out of a putter. Not only are the weights larger, but they’re also heavier than its predecessor, the ER11. This contributes to the ‘Extreme’ MOI the ER11 VX is said to offer.

Amateur golfers tend to struggle to consistently start putts on the intended line. The main cause of this is due to players being unable to square the club face at impact and therefore leads to unpredictable outcomes.

The Evnroll Zero is very striking design and one that will divide opinion from the get go! Multiple other putter brands have introduced zero-torque putters, which basically means that some golfers will benefit from a putter that’s engineered not to rotate.

An interesting design feature of the Zero putter is that shaft intersects the head at the geometric center of gravity. As a result of this is the face sits in front of the shaft - looking down the target line. But the most drastic feature is the ever present white hole in the middle of the putter, you can’t miss it.

The black body is milled from 6061 aluminium and offset by the white circle outline of the hole which connects to a white alignment aid which runs down the middle of the club head, perfect for lining up putts with your chosen ball.