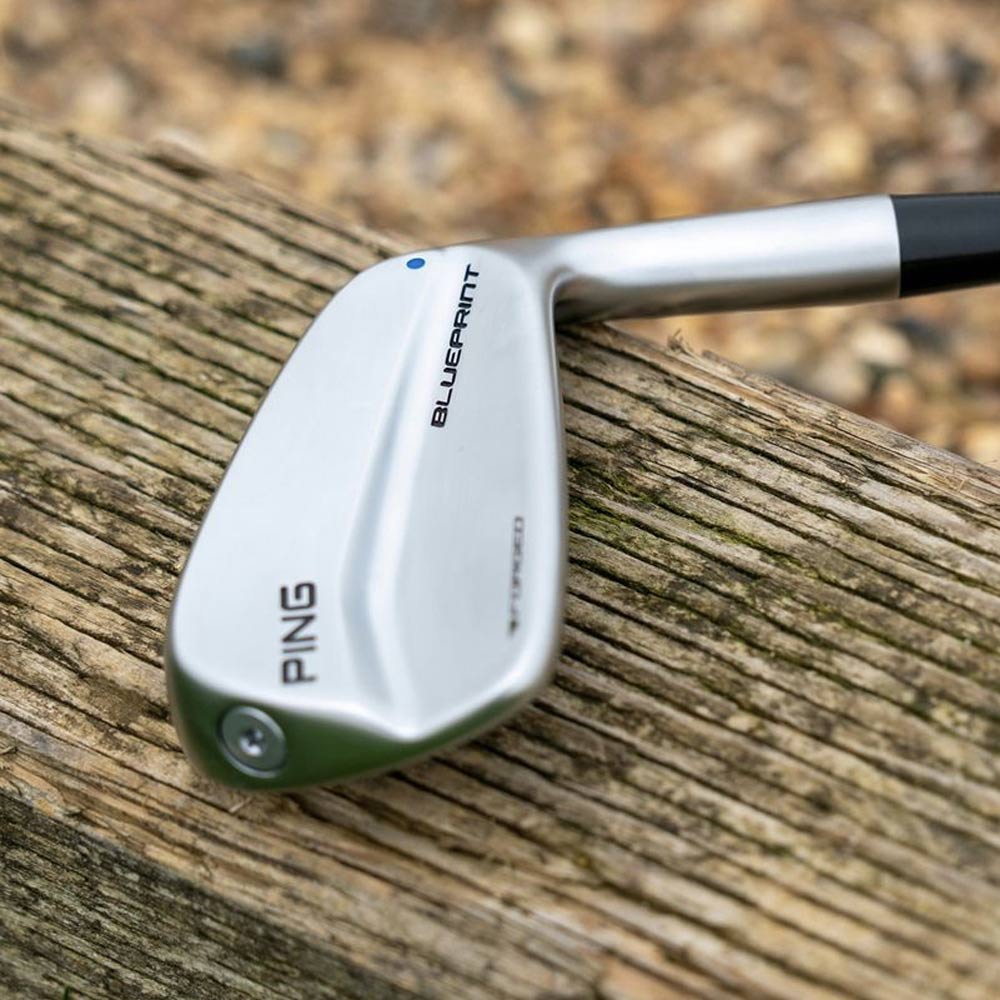 Ping is widely renowned for manufacturing some of the best irons on the market for well over 50 years. Ping has a strong Tour representation with the likes of Louis Oosthuizen, Lee Westwood, Victor Hovland and Tyrell Hatton all repping the brand for sometime now and being very successful in the time frame.

Ping’s most recent iron release is the i59. One thing we can tell you about the i59’s is that they’re a forged body construction with a blade like finish- which captures the eye of many.

An aerospace-grade aluminium insert is connected to a forged 1025 carbon steel body and a 17-4 SS laser-cut face for a precise, uniform strike, a solid feel, and a flighted trajectory with greater forgiveness. MicroMax™ grooves combine steeper sidewalls with tighter spacing to accommodate four more grooves, are built into the face to prevent fliers in the short irons while preserving spin in the long irons. The Hydropearl 2.0 finish repels water for consistent, predictable performance in both wet and dry conditions.

The G425 irons is one of the most popular irons of 2021 due to its classy design and outstanding performance- instantly becoming a fan favourite and one that everyone wanted in their bag.

The Ping Blueprint Golf Irons are fully forged from 8620 carbon steel, these irons are a blade-style for the more skilled player, the tour-inspired design has been engineered for players that place a premium on workability and trajectory control. Shorter blade lengths, reduced offset and thinner sole widths designed to perform in every condition help to give the best shotmakers unmatched accuracy to attack any pin with the utmost confidence.

Ping also gave customers the option to choose which loft specification they wanted. The options available are Standard, Retro and Power. This meant that the Blueprints were suitable for a range of different players. Whether you’re a big hitter or slightly below average- you can crank the lofts of the irons to compensate for any deficiencies in your game.

Fast forward to 2019 and Ping had released the next iteration of the G series irons. In the G410 iron, PING has built upon the huge success of their G400 range, the G410 irons have chiefly been designed with two things in mind: speed and forgiveness.

The G410’s implemented an entirely new, sleeker design and incorporated a brand new colour scheme. The red and black brought the iron into the 21st century and swayed away from the brown/gold of the G400.

The G410 irons produce the highest face deflection PING has ever had in a cavity back design so you can expect added distance. The top rail undercut forms a "hinging effect' and expands the flexing zone to propel the ball even faster and higher. To help increase the level of forgiveness on offer, weight savings are concentrated in the toe and hosel to increase MOI by 8% against the G400 irons) for more forgiveness and consistency.

Ping’s G400 range was first introduced in 2017 and was a great success. Although it had no tour presence consumers trusted the vision Ping had created and its rich history of producing forgiving irons meant that the G400 too was a great seller.

The Ping G400 irons generate unbelievable distance gains by activating the clubs sole, face and top rail to flex simultaneously for consistently faster ball speeds on every shot across the entire face. For forgiveness, the G400 features a toprail undercut cavity alongside a 3 piece cavity badge to provide exceptional feel and response, as well as higher launch even on your mis hits.