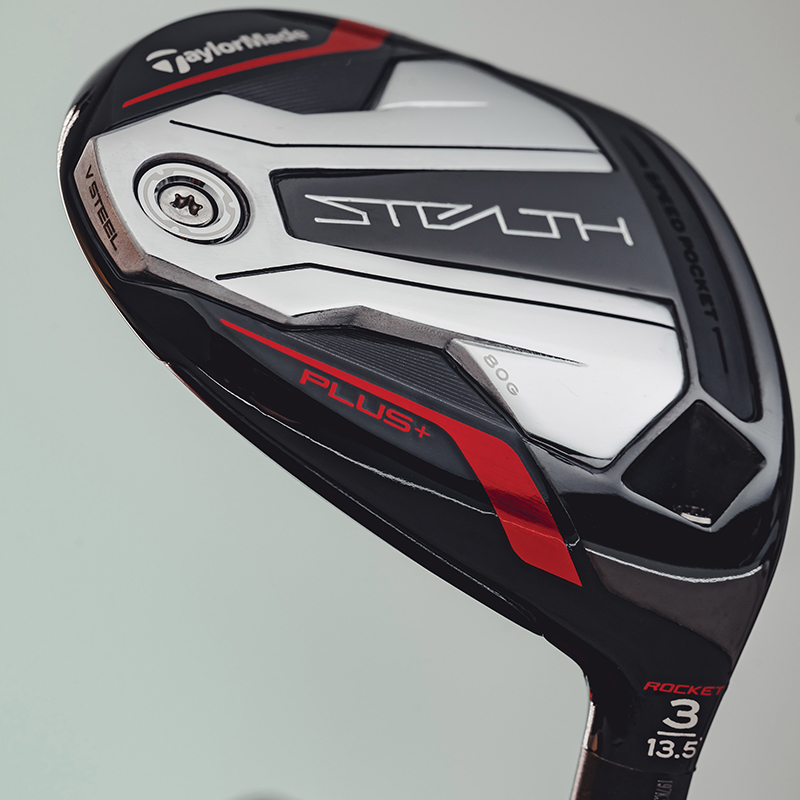 The family of TaylorMade Stealth fairway woods and hybrids do not feature the carbon composite face technology of the Stealth drivers, but does feature a new use of carbon composite in the crown while increasing playability with lower centre of gravity and a redesigned sole.

The new 3D carbon crown pulls mass away from the high toe area, allowing more weight to be positioned rearward for optimal forgiveness and maximum playability. Providing vital contrast between face and crown, the laser etched alignment aid is designed to highlight directional alignment for boosted confidence and accurate aim.

On the surface, TaylorMade’s new Stealth/Stealth Plus lineup of fairway woods offer two distinct choices. The Stealth is larger and seemed to be geared toward maximum forgiveness and an all-out commitment to distance, while the Plus’ focus is on optimized strike and workability. There is a clear difference in the two which makes it far easier for a player to distinguish which fairway wood is the best fit for you.