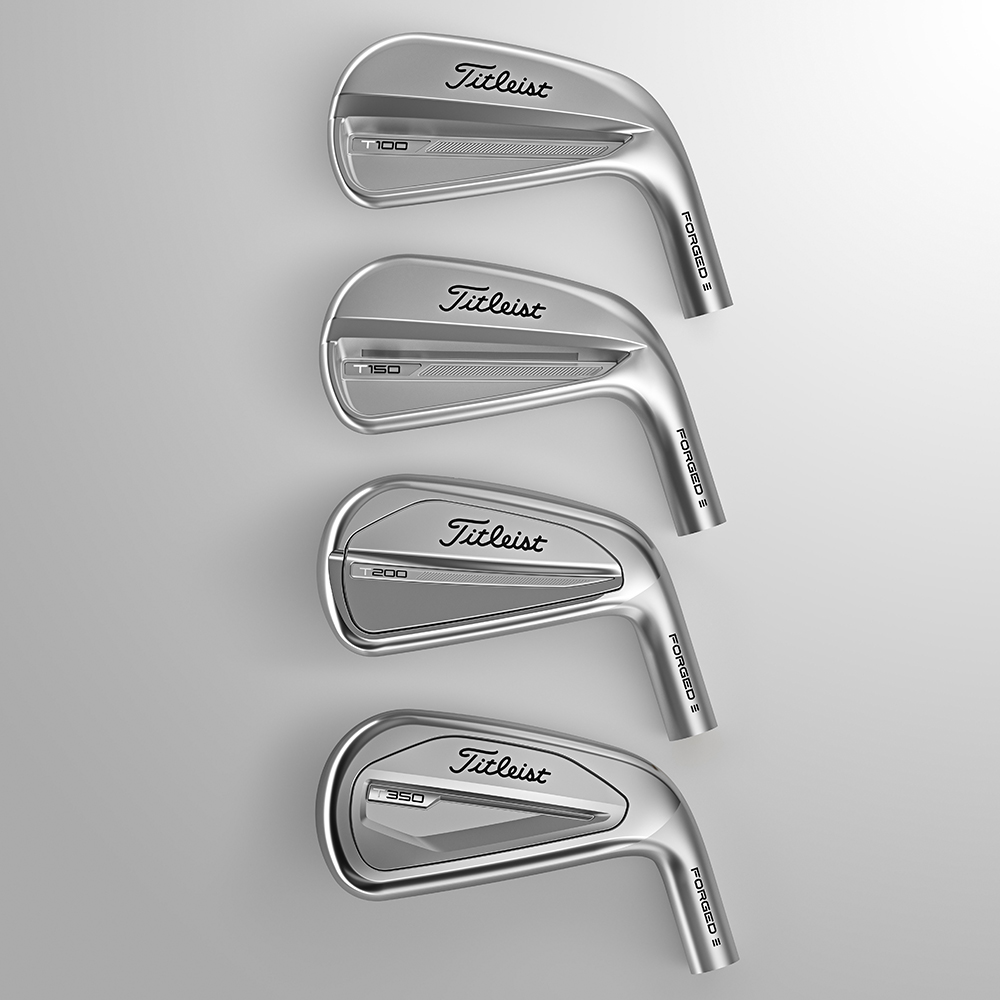 Titleist is regarded as one of the best iron manufacturers in the world. They’ve proven on and off of tour with high-profile players such as Justin Thomas and Ian Poulter all gaming their irons with great success.

The first of Titleist’s new range is the T100. Like the previous T100 iteration, this is aimed at the elite player or in club terms, a low handicapped player. The forged construction and sleek profile make it a really desirable club and one that many club golfers can aspire to reach one day.

As well as the T100, Titleist has also introduced the T100s which is the same design but with stronger, progressive lofts throughout the set. This offers additional distance to those who still want workability and control with extra distance.

The new T200 is a hollow body construction, which has become very common in the players distance iron category. One of the most famous cases being TaylorMade’s P790’s which have been one of the hottest irons at many levels. Given that Titleist has expanded its lineup for 2021, it can leave the stronger stuff to the T300. While the T200 can compete with some of the more popular irons on the market right now.

The T300 is the strongest lofted iron of the lineup and is more of a game-improvement iron, the player looking for extra forgiveness in their irons. One of the clear negatives compared to the rest of the range to the T110/200 is the appearance. It loses its sleek design as it moves into a cavity back, however, as cavity back irons go it is still a very attractive design.

To complete the new T-Series collection is the U505 Utility Iron. This is without a doubt the sleekest and most aesthetically pleasing utility iron Titleist has ever produced. As well as enhanced technology in the head, one of the main selling points of the UDI’s is the feel on well-struck hits. However, fans have been known to complain that off-center strikes can have huge drop-offs so it is hoped that the new U505 will have improved the overall forgiveness.