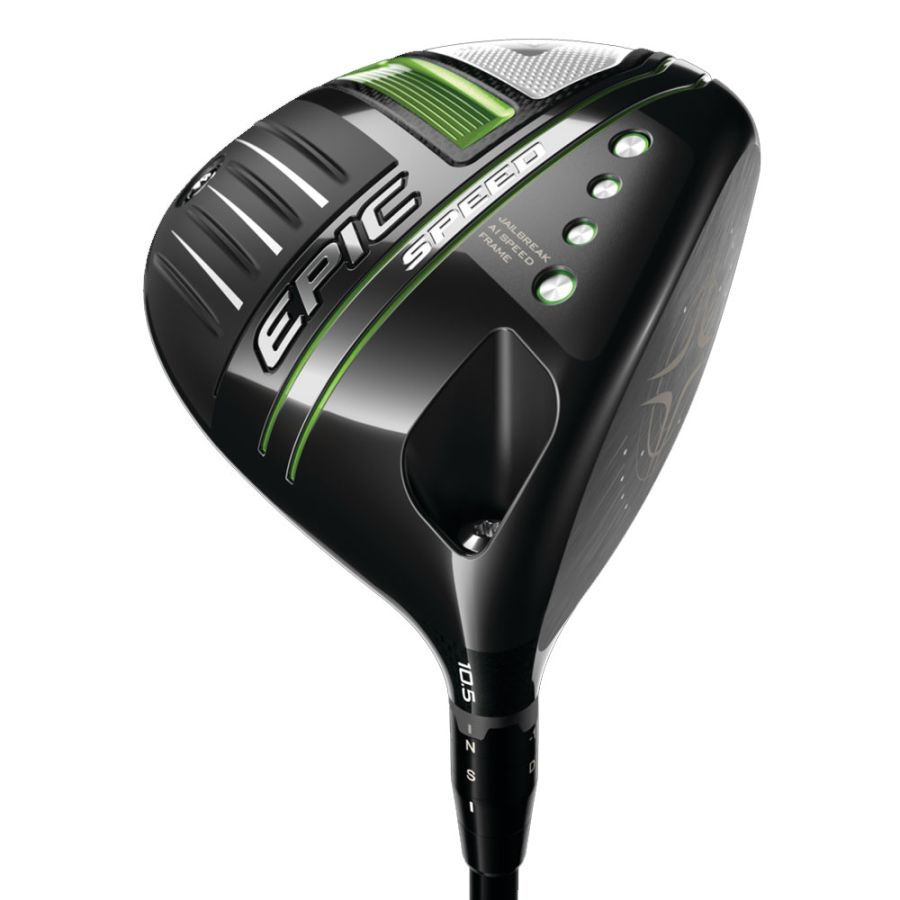 Speed, power and forgiveness from a totally new dimension never thought possible - Callaway's new Epic Speed uses Artificial Intelligence, Jailbreak and an extraordinary new Speed Frame to redefine the future of the driver and create the fastest club ever designed in the company's history.

Epic Speed is a 460cc design produced with one sole purpose - to make every player faster. Epic ball speeds begin with the innovative new A.I Jailbreak Speed Frame. Past iterations of Jailbreak architectures stiffened the body in a vertical direction to dramatically improve the strength of the structure which concentrated much more energy on the ball at impact. Now, this new structure is built to enhance horizontal and torsional traction too, providing both unheard-of levels of ball speed, but also unheard-of levels of ball speeds all across the entire face.

The Artificial Intelligence designed Flash Face is specifically engineered to optimise the new Speed Frame. The face and head geometry are extremely complexed thanks to the workings of Callaway's super-computer which ensures every millimetre of mass is used effectively. To accommodate the massive levels of energy on the face at impact, new ultra-high-strength titanium is now used to deliver the maximum speed, forgiveness and spin robustness on every strike.

Epic Speed benefits from a new Cyclone Aero Shape. The extremely advanced aerodynamic construction promotes significantly lower drag with its taller ribbon and flatter crown which improve the flight of the head throughout the swing to generate noticeable gains in clubhead speed.

Callaway's proprietary Triaxial carbon now covers a larger area of the crown, with an additional toe patch which adds draw bias for consistently powerful shot shapes. This allows for weight savings of over 16g compared to a titanium crown which can be redistributed to enhance forgiveness compared to Mavrik.

Epic Speed comes fitted with a choice of premium stock and custom shafts to fine-tune your launch conditions and performance characteristics.

• Cyclone Aero Shape features a taller ribbon and flatter crown which improve the flight of the head throughout the swing to generate noticeable gains in clubhead speed. 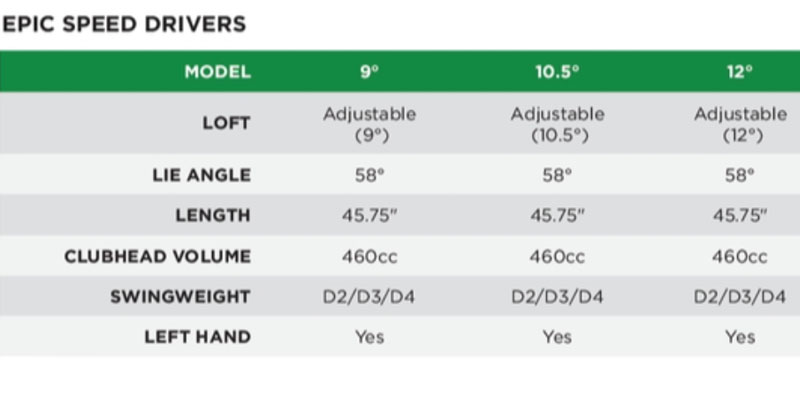